Oasis of Relaxation and Awareness

This path consists of 6 tanks placed altrnately. First, you start with cold water and continue with the hot tank, then go on with the path.

Halfway along you cross a small wooden bridge which stands for contact with natural sources (wood) . This guides you from one bank to the next, creating continuity and security in the people who are following the path.
All six tanks have rounded pebbles at the bottom, like a natural streambed, in order to stimulate the nerve endings located in the soles of our feet. (reflexology)

Cold water comes from a natural spring which flows all year in the Enchanted Wood. It is led into a trough system and falls into three tanks. The water is recovered after use, and sent to a natural pond where frogs and water lilies live.
Hot water is is created in a boiler that uses biomass (apricot and peach kernels) and has low environmental impact.
The path is set in an open larch wood frame, and covred with stone slabs, typical of our mountain area.
It is advisable to repeat this vascular foot-massage path slowly several times.
It is essential to have warm feet and legs at the start (after walking the whole path around the Enchanted Wood ) It is also more effective to do the exercises away from meal-times.

Walk forward raising the legs out of the water (step of the stork). The duration of the exercise depends on your reactions to it: as soon as you feel a strong sensation of cold and tingling the operation must be terminated.
After walking in the water, do not dry your legs and feet/ Shake off the water with slight movements, and walk on the nearby field.
We suggest that you carry out this exercise in the evening to relax. It has a calming effect and is recommended for people suffering from headaches and insomnia.

The abbot Sebastian Kneipp (1821-1897) was born in Bavaria to a family of weavers of humble origins. He entered a seminary when he was twenty three, after working as an apprentice and putting aside the money necessary to support himself during his religious studies. He was helped financially by the Abbot Merkle .
During the years of inense study he contracted tuberculosis, a disease from which, in those days, there was no hope of recovery.
The abbot Kneipp seemed to be condemned to death, when one day in the library looking for yet another book to read, he found a book by Johann Sigmund Hahn entitled, ‘Teaching about strength and action of cold water on the body’.
Kneipp described fully the technique of healing using water as the sole medium. He gradually recovered his strength and succeeded in curing himself completely . He finished his studies with great success and became a priest.
The abbot Kneipp began publicizing his findings on the beneficial effects of cold water treatments and soon his fame spread throughout Europe.
Kneipp thought that the origin of disease was attributable to a sickness in our blood, that is, an excess of toxins, and defect ive circulation. The effect of cold water as applied by the abbot, had the effect of eliminating excess toxins. improving the circulation and strengthening the immune system of the body.
So for Kneipp cold water was the means of stimulating our body to react and heal itself. His method made use of saunas, soaked compresses, poultices, baths of alternating hot and cold water and jets of cold water. He placed great importance on nutrition. Food had to be simple and honest, and he gave great prominence to healing with herbs.
Sebastian Kneipp considered that Man was an indivisible entity comprising body, soul and spirit.
In 1886 he wrote ‘My healing hydrotherapy’ which deals with hydrotherapy and herbal therapy. The Kneipp method is fundamentally based on a balanced lifestyle and is founded on five points.
1. Hydrotherapy: water jets, showers, bathrooms and bandages using herbs.

The abbot Kneipp died in 1897 in poverty. 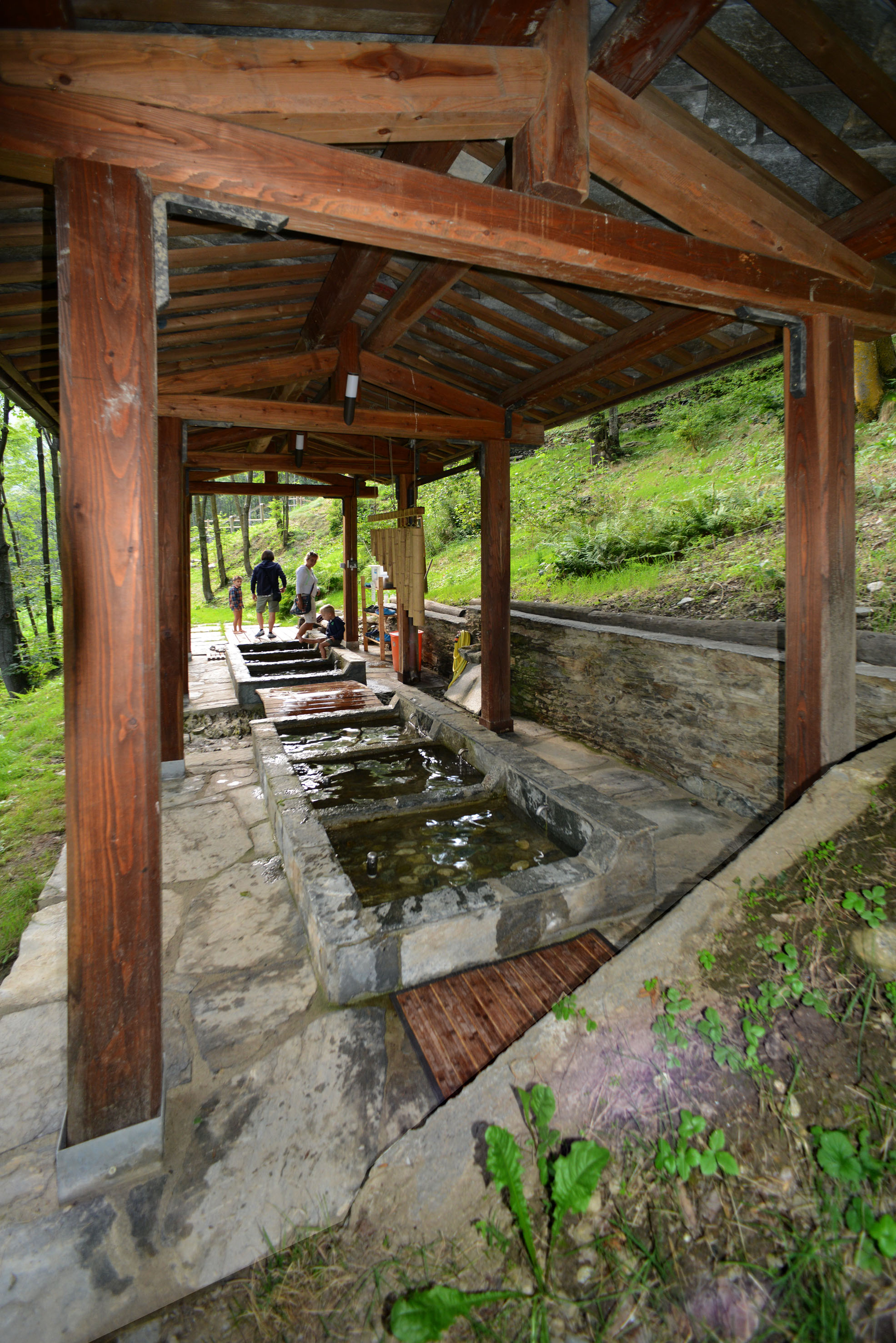